The Splendor of Ordinary Days by Jeff High

The Splendor of Ordinary Days is the third book in Jeff High’s Watervalley series. I haven’t read the first two titles in the series (More Things in Heaven and Earth and Each Shining Hour), but that didn’t affect my enjoyment of The Splendor of Ordinary Days at all! High’s Watervalley series revolves around a small town in Tennessee and tells the stories of its inhabitants. If you enjoy character driven stories with small town settings, this is definitely a book for you. The main character, Dr. Luke Bradford, is well developed and realistic. He harbors a natural curiosity about the townspeople, and he’s definitely a character for whom you’ll be cheering. The supporting characters were both believable and compelling. High’s storytelling makes you feel like you’re a part of the Watervalley community and have lived the very stories he’s telling. I greatly enjoyed my time spent reading The Splendor of Ordinary Days, and I expect to read the other two books in the Watervalley series in the future. If you enjoy small town series, don’t hesitate to jump into Watervalley!

*I received this book in exchange for an honest review.

The pastoral charm of small-town Watervalley, Tennessee, can be deceptive, as young Dr. Luke Bradford discovers when he’s caught in the fallout of a decades-old conflict.

After a rocky start as Watervalley’s only doctor, Luke Bradford has decided to stay in town, honoring the three-year commitment he made to pay off his medical school debts. But even as his friendships with the quirky townsfolk deepen, and he pursues a romance with lovely schoolteacher Christine Chambers, several military veterans’ emotional wounds trigger anger and unrest in Watervalley.

At the center of the clash is the curmudgeonly publisher of thelocal newspaper, Luther Whitmore. Luther grew up in Watervalley, but he returned from combat in Vietnam a changed man. He fenced in beautiful Moon Lake, posting “Keep Out” notices at the beloved spot, and provokes the townspeople with his incendiary newspaper.

As Luke struggles to understand Luther’s past, and restore harmony in Watervalley, an unforeseen crisis shatters a relationship he values dearly. Suddenly Luke must answer life’s toughest questions about service, courage, love, and sacrifice.

After growing up on a farm in rural Tennessee, Jeff Highattained degrees in literature and nursing. He is the three-time winner, in fiction and poetry, of an annual writing contest held by Vanderbilt Medical Center. He lived in Nashville for many years, and throughout the country as a travel nurse, before returning to his original hometown, near where he now works as an operating room RN in open-heart surgery. He is theauthor of the Watervalley novels, including More Things in Heaven and Earth and Each Shining Hour. 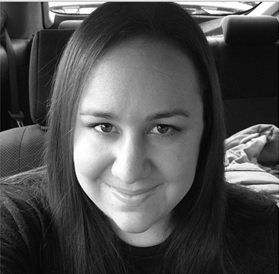